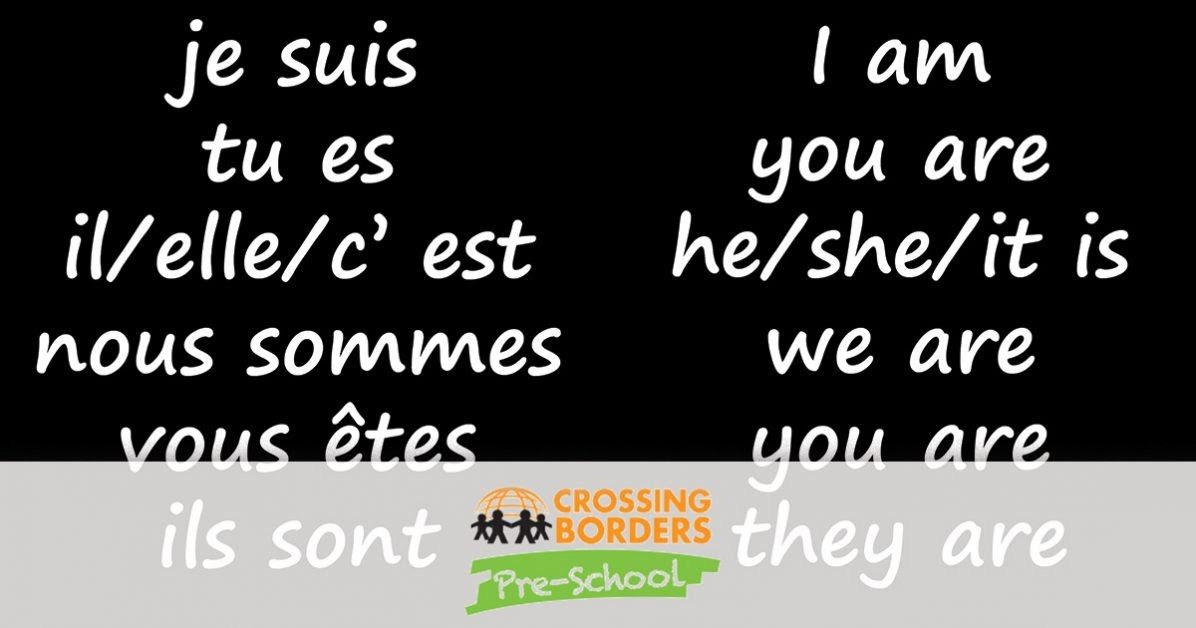 COMPARING FRENCH AND ENGLISH LANGUAGES WITH YOUR IMMERSION PRESCHOOL PART 2

When asked what they would do if they could choose any skill to master, many people choose the benefit of mastering a second language over numerous other choices. Learning a new language can benefit you in many ways, from increased cultural awareness to better job opportunities. One way to start your child off with a major advantage is to enrol him or her in our immersion preschool. Crossing Borders Preschool aims to be a strong source for language development in addition to being a well-rounded child development center. Anyone searching for the best language immersion programs in Houston for his or her child will be amazed by the results of our bilingual preschool.

French is one popular language that we teach here at Crossing Borders. Today, we’ll continue to look into the comparisons between the French language and our native tongue. If you’re interested in learning more about our immersion preschool, be sure to contact us!

The structure of the English language holds 12 verb forms while French speakers utilize 17. Beyond this structuring and the challenges associated with pronouncing vowels, these two languages are actually much more similar than many people realize. As a romance language, French draws on the same Latin definitions for many terms used in the English language. Between the long-standing history and conflict between speakers of these two countries, generations of citizens have learned and adapted to create the modern languages we speak today. While the true figure is up for debate, linguists have estimated that up to a third of English vocabulary terms stem from French influences.

When it comes to conjugating verbs, these two languages are very similar. Unlike Mandarin, French relies on active or passive voice, participles, and tenses to get a point across. One area that can change the translation, however, is how and when the tenses are utilized in French. This romantic language uses different approaches in certain scenarios to describe a much different scene than what English speakers were expecting. Our language relies on a number of auxiliary words to better denote tense and tone. The word “do,” for example, does not exist for French speakers. As such, it can be a challenge for English-speaking natives to correctly ask questions such as, “Do you have time to see me?” Our immersion preschool will work with your little learner to seamlessly integrate these rules and functions in a fun and engaging way.

New learners to French will be happy to learn that the syntax of each sentence is very similar in nature. Remember, though, that more complicated phrases can result in confusion when trying to translate directly from one language to the other.

Formatting your articles for gender is probably one of the most obvious differences between French and English. Pronouns are structured based on the gender of the attached noun, requiring learners to be able to know whether a noun is masculine or feminine. Adjectives that indicate possession must also be formatted to match the noun as well. While individuals have been known to struggle with sentence formatting, quality instructions from our early childhood education experts can help to make the task fun and engaging.

Mastering a new language is a tough task, but one that is well worth the effort. Starting your child in a bilingual preschool at an early age may prove to be a smart choice. Crossing Borders Preschool is here to provide the best language immersion programs in Houston, specializing in English, French, Spanish, Mandarin, and more. Contact us today to learn more about our daycare center and curriculum!