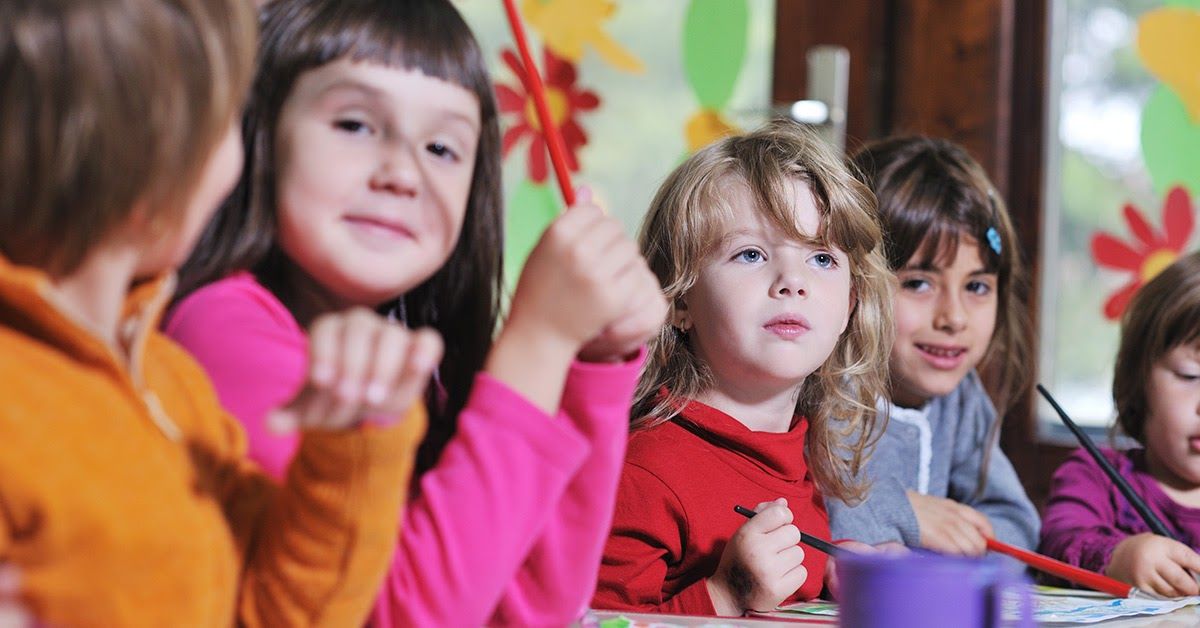 It goes without saying, but the culture of the place you come from has an impact on how you view the world. Someone who was born and raised in the suburbs of Paris, France is likely going to differ in worldview from someone who was born and raised in the suburbs of Paris, Texas, for example. However, you may not have considered how language as an aspect of culture affects the way we look at the world. At our language immersion preschool, we strive to open the minds of our students to different cultures and ways of interacting with the world around them, and we believe that learning a second language fundamentally aids in this goal. Because of the unique syntax and rules of each language, speaking a certain language funnels our way of thinking in a various ways. In this blog, we will go over examples of this phenomenon.

Russian is a good example of how language can literally impact how we see the world; specifically, how we see color. In Russian, there are two different words for the color blue: “goluboy,” which means light blue, and “siniy,” which means dark blue. In a language experiment, it was found that Russian speakers could more quickly distinguish between light and dark shades of blue than speakers of other languages. Even a distinction as simple as this one can have an impact on the way we process color and perceive our world.

One linguistic study found that German speakers view actions differently than other language speakers, likely because of the way sentences are structured in German. During the study, participants were shown a video of a person walking across a parking lot and asked to describe what was happening. Whereas English speakers said that the person was walking, German speakers would specify why the person was walking, such as “The person walks towards the car.” German speakers in general are more focused on the goal of an action. This is because there is no way to describe an ongoing event, like someone who speaks English may add “-ing” to the end of a verb. As a result, Germans look at actions in a bigger picture sense and must use more context clues.

Kuuk Thaayorre is a small Aboriginal community in Australia, and their language exemplifies this idea well. Cardinal navigation is integral to their daily conversations. For example, one common greeting is “Where are you going?” which is met with the cardinal direction in which the speaker is facing. Because this is so incorporated into their language, native speakers are excellent with directions, and are conditioned to always know which cardinal direction they are facing.

In Chinese, verbs are used without regard to whether it happened in the past, present, or future, making it a “futureless” language. One economist, Keith Chen, has hypothesized that because of this, native Chinese speakers are more health-conscious and economical in their decision making. His reasoning is that because there is no distinction between the present and the future, speakers are more aware of the way their current actions influence their future lives. Essentially, the “futureless” nature of this language translates into the way Chinese speakers make decisions.

At Crossing Borders Preschool, we strive to endow our students with a curiosity about language and the world around them at large. To accomplish this, our language immersion preschool doesn’t simply teach our students how to speak a second language, but about the culture around that language. If you’re interested in enrolling your child in our language immersion preschool, contact us today.