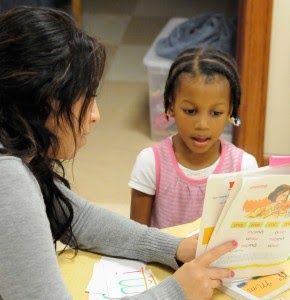 WHY EARLY CHILDHOOD IS THE BEST TIME FOR LANGUAGE IMMERSION

Many of us learned (or at least attempted to learn) at second language at some point in our lives. In America, it’s common for a second language to be included in average high school and/or college curriculum. If it wasn’t required, you most likely had the option to take it as an elective.

Although students of these age groups are still technically “young” their brains are actually already too “old” to absorb this kind of information in a classroom setting. Experts say that it’s actually a good idea to start learning a second language much earlier, such as the pre-school, kindergarten, and elementary school years. This is why our bilingual preschool focuses on this highly adaptable age group! Keep reading to find out more reasons why early childhood is the best time for language immersion.

When your child is in preschool, they’re still learning the basics of the English language. What better time to introduce a second language! Rather than confusing a younger child, this allows them to learn people, place, and thing names, as well as verb conjugation, in both languages simultaneously. To us, it sounds like more work, but it’s actually less work for their nimble brains.

One of the biggest barriers to learning a second language as a teen or adult is simply that our tongue and lips aren’t used to the movements that are necessary to pronounce certain non-English words. According to the neuroscientist Dhonam Pemba, “There is a comparatively brief window of time at which infants, no matter their background or the language their parents speak, can differentiate the sounds of all languages. After 10–12 months, children lose this ability and can only perceive and differentiate the sounds that they were exposed to before that time.” Exposing children to more languages via a bilingual preschool takes advantage of this quickly closing window.

Have you ever heard someone say, “I can speak a little Spanish, I just can’t understand it when native speakers try to talk back to me.” This is a real problem! Being able to piece together sentences is only half of the equation. Dr. Dhonam Pemba continues, “Those who learned multiple languages in early childhood listen to and process all of these languages in the same region of the brain. Meanwhile, people who learned a language after this critical period process new languages in a smaller region far away from where one’s native language is processed.”

Give your child the best chance at fluency later in life by enrolling them at our bilingual preschool today!